It is with heavy hearts that YouthHQ announces the passing of Paul McGlone on July 17, 2021.  Paul was the founder of the agency in 1976 and led the agency as Executive Director until 1991. During his time as Executive Director Paul was instrumental in establishing Big Brothers Big Sisters (1976) and then bringing the Boys and Girls Club (1983) together under the umbrella of the Youth and Volunteer Centre. He also led the agency in establishing Camp Alexo (1984) and the 49th Street Youth Shelter (1990). Paul went on to establish the Red Deer Regional Hospital Foundation in 1994. Paul then moved to Orlando, Florida where he took the helm at the Orlando Homeless Clinic in 1997 and was also the director of the Orlando Humane Society. Paul also led the Kairos Prison Ministry as a director until his retirement in 2004. Paul continued to give to those in need by becoming a partner in Rusty’s Bicycle Recycling Inc. in Longwood, Florida which recycled bicycles for the homeless in an effort to enhance self-worth and independence within this vulnerable population. Paul also received a humanitarian award and was also recognized with a Paul Harris Fellowship Award from the Rotary Club of Red Deer.

Paul McGlone was known as a visionary and a builder with a passion for enhancing the lives of children and the most vulnerable in society. He dedicated his life to that mission. Paul would recognize a social need, build something to respond to that need, and then move on to his next mission. A true testament to Paul’s impact is that everything he has built has gone on to grow and thrive today. His legacy has positively impacted the lives of countless people and will continue to enhance the quality of life for countless more well into the future.  Paul’s only child, Lisa Voitel, lives with her family in Red Deer.

We at YouthHQ greatly value, acknowledge and celebrate our past. Honoring that past created by Paul McGlone and the many people who shared in his mission is a legacy we celebrate as we move to the future.  One of Paul’s favorite quotes was “Life is a journey, not a destination”.  His mission of making a difference in the lives of so many was his journey.  Paul McGlone now rests in peace, but his legacy will live on.  Paul’s legacy can be summed up in the poem “The Bridge Builder”.

BY WILL ALLEN DROMGOOLE

Came, at the evening cold and gray,

To a chasm vast and deep and wide.

Through which was flowing a sullen tide

The old man crossed in the twilight dim,

The sullen stream had no fear for him;

But he turned when safe on the other side

And built a bridge to span the tide.

“You are wasting your strength with building here;

Your journey will end with the ending day,

You never again will pass this way;

Why build this bridge at evening tide?”

“Good friend, in the path I have come,” he said,

“There followed after me to-day

A youth whose feet must pass this way.

This chasm that has been as naught to me

To that fair-haired youth may a pitfall be;

He, too, must cross in the twilight dim;

Good friend, I am building this bridge for him!”

Paul Gerard Fredrick McGlone 1947 –2021
Paul’s memorial service will be taking place in Orlando, Florida, however, Lisa Voitel (Paul’s daughter) will be hosting a get-together to share memories on Wednesday, July 28th 2:00-4:00pm at Gaetz United Church (4758 50th Street, Red Deer).  All are welcome. Feel free to bring some pictures to share if you have them.

Paul’s family has requested that in lieu of flowers or gestures of condolence please make a memorial donation through this website to BGC Red Deer in support of Camp Alexo. Paul was the driving force behind the creation of Camp Alexo and had a strong belief in the benefits that such a place can have on all children and youth as they seek to discover new experiences and achieve their potential. 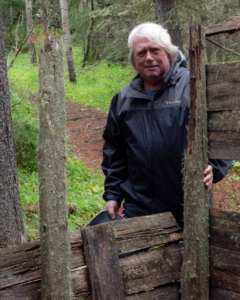