Alongside multiple communities across Canada, to recognize the importance of mentoring youth, September has been officially declared Big Brothers Big Sisters Month in Red Deer. Big Brothers Big Sisters has been celebrating BBBS Month in September for years in an attempt to raise awareness of the importance of mentoring while highlighting the connections made by mentors and mentees across Canada.

Youth HQ and Big Brothers Big Sisters of Red Deer kicked off BBBS Month with the Little Build BIGGER event at KCB Cabinets & Renovations on August 27, at which Red Deer Mayor Ken Johnston made the official proclamation of BBBS Month to all in attendance. The goal of BBBS Month in 2022 is to reduce the number of kids who have applied to become part of a mentoring match and currently remain on a waiting list, which is currently at 77. BBBS of Red Deer & District received multiple inquiries as a result of the Littles Build BIGGER event, and has received more inquiries throughout September.

Other events that have been planned throughout September include a lighting of Red Deer City Hall in BBBS teal (which was cancelled after the passing of Queen Elizabeth II), The BIG Drive for Mentors car show at Wheaton Chevrolet, and smaller events for current matches and youth on the waitlist.

One common reason people aren’t immediately willing to become a mentor is because they believe they are not qualified to become a mentor and wouldn’t have lots to offer a mentee.
This misconception led to the creation of one of the key messages from Youth HQ being presented throughout September.

There is only one qualification to becoming a mentor: that you care! 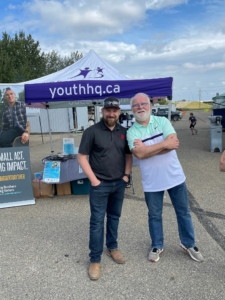 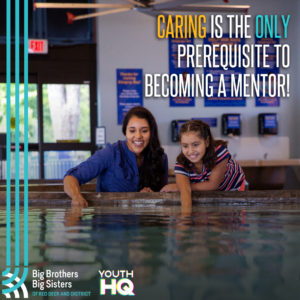 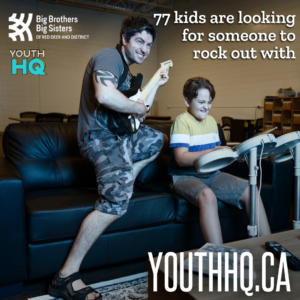